Case in Point: How Saving the Right Paperwork Can Make You Money

Have you ever heard the stories about people who, years after a family member passes away, receive a letter notifying them of an unclaimed insurance policy?  How about someone who has found the name of a long lost relative in a newspaper advertisement for unclaimed insurance payouts?  Have you ever had to the go through the process at the Social Security Administration to have a spouse’s pension transferred to the surviving spouse?  Both are fascinating and potentially frustrating processes, especially if you don’t have a solid paper trail. 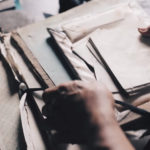 In the past 3 years, I have personally experienced both of these situations.  Without good record keeping, I would not have been able to claim a life insurance policy 25 years after my father died.  And, my mother would not have been able to collect on my father’s social security benefits 36 years after their divorce, 28 years after his death and shortly after the death of her second husband.  That’s the lead in to why, as a productivity expert working in home (and business) offices, I decided to write this blog.  This is very tangible evidence on why having record retention guidelines in place can save you time and make you money.

In 2013, my mother received a letter from Met Life notifying her that there was a life insurance policy outstanding in my father’s name.  The fact that the letter even made it to her was remarkable.  The letter arrived 25 years after my father’s death.  At the time of his death, my parents had been divorced for 9 years and estranged for at least 3.  By the time the beneficiary letter arrived, my mother had been remarried for 24 years.  Her name was different and she had been living at a new address for years.

The Met Life letter stated that, in order to receive the undisclosed amounts of funds, my mother would need to supply a death certificate along with written proof that she was the beneficiary.  Of course, the story gets a little more complicated.  My father died without a will in the state of Florida.  My father left no written records.  Because my parents were divorced and I am an only child, I was the sole beneficiary of my father’s estate.  I was 19 years old at the time.  This taught me a hard lesson at an early age.  Having a poor or non-existent record system can have a huge impact on your life and the lives of others.  With nearly a complete lack of supporting documentation, I now needed to prove to Met Life that I was the beneficiary of my father’s life insurance policy. 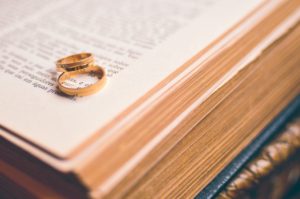 Fortunately, over all the years that had passed since my father’s death, I had kept one of his death certificates (Lesson 1: always get a few original death certificates and Lesson 2: keep at least one indefinitely).  I was able to prove that I was the beneficiary by supplying copies of my birth certificate, my parent’s marriage license from 1960, and my parent’s divorce decree from 1980.  (Lessons 3-5: keep birth certificates, marriage licenses, divorce degrees indefinitely).  With all of this supporting paperwork, Met Life sent me a check for the proceeds of the policy.

If you think this is unusual, read no further than this article found in The New York Times.  “Insurance companies have from 2-7 years to notify beneficiaries if a policy is deemed inactive.”  That is assuming they can determine that the policy is inactive and that they know who to contact.  In 2009, it was estimated that “unclaimed insurance policies amounted to $1.3 billion dollars”.  If the money is unclaimed, it is eventually transferred to the state unclaimed property division and the states posts the information on Web sites or in local papers.  While the state will use the money, it is obligated to pay out if beneficiaries step forward.

From a paperwork retention and organization perspective, keeping documents like birth certificates, marriage licenses, divorce decrees, adoption papers, death certificates and the like can be crucial.  Having the minimum of a will or, better yet, a trust will help your beneficiaries receive your assets in a timely manner.  Make sure you name beneficiaries to all appropriate accounts.  Leave a clear list or record of all the accounts you own and who is entitled to receive the proceeds in the event of your death.  Keep your papers in one place, neatly organized and let at least the executor of your will know where to find them.  Better yet, leave the executor a copy of everything.

These suggestions would have been useful in the second scenario I mentioned at the beginning of this article.  My step-father, a wonderful man, passed away recently.  It was quick and unexpected.  Because it was a second marriage with adult children on both sides, the decision was made to keep household finances fairly separate.  As a result, my mother really had no idea about my step-father’s financial status.  Furthermore, my step-father was not a thorough record keeper.  This combination added to the stress of the loss.  In the midst of the grieving process, my mother was faced with the additional challenge of trying to piece together information from incomplete paperwork located randomly in dressers, desks, closets and elsewhere.

When my mother and I had everything we could find put together, we made our first visit to the Social Security Administration.  This was to notify them of my step-father’s death and to have his benefits transferred to my mother.  We were surprised to find that, in addition to asking for my step-father’s death certificate, the representative began asking about my mother’s first marriage.  To our surprise, my mother would qualify for additional benefits under my father IF she could provide her ORIGINAL marriage certificate (from 1960) and the divorce decree (from 1980) in order to prove that they had been married for at least 10 years.  Yes, we actually had these documents.  Yes, we knew exactly where to find them.  It’s genetic. I come from a long line of very organized women.

Keeping important historical records was instrumental in helping us negotiate the mire of paperwork that comes in the event of death.  It also helped up capture outstanding money due from an insurance policy and the Social Security Administration.  Without the required documents, that money would have been lost to us or unaccounted for.  These are only two examples of many possible scenarios.

Do you know how long you need to keep things?  If not, here are some paperwork retention guidelines to get you started.  The Streamlined Office LLC specializes in helping you create and implement organizational systems so that you can find all of your documents quickly and easily.  Contact us today to schedule your FREE consultation.  We help you save time, decrease stress, and in instances like the ones in this article, literally make money!

If you found this information useful, please share it!

This Is A Custom Widget

This Sliding Bar can be switched on or off in theme options, and can take any widget you throw at it or even fill it with your custom HTML Code. Its perfect for grabbing the attention of your viewers. Choose between 1, 2, 3 or 4 columns, set the background color, widget divider color, activate transparency, a top border or fully disable it on desktop and mobile.

This Is A Custom Widget

This Sliding Bar can be switched on or off in theme options, and can take any widget you throw at it or even fill it with your custom HTML Code. Its perfect for grabbing the attention of your viewers. Choose between 1, 2, 3 or 4 columns, set the background color, widget divider color, activate transparency, a top border or fully disable it on desktop and mobile.
Page load link
Go to Top